Site is still loading...
Free shipping on all orders over £75
Unbeatable customer service
Free collect in store within 48 hours
Go back

CLiK EXTRA is a ready-to-use formula containing the active ingredient, dicyclanil, for the prevention of blowfly strike, providing 19 weeks protection.

CLiK EXTRA contains FleeceBind™ technology which ensures the formulation spreads and binds to the lanolin, providing full fleece* protection. (*Spreads to areas covered by fleece, other areas may not be protected, including the feet)

CLiK EXTRA should be applied with a manual or automatic dosing gun (e.g. CLiK Pour-on gun), with a fan spray nozzle, which will ensure the correct spreading of the product on the fleece.

Best results will be achieved by holding the gun approximately 45cm from the sheep during application.

Apply as a fan spray along the spine of the animal in a band at least 10cm wide from the middle of the shoulders and in an arc around the crutch and tail (see diagram on label).

Half the dose should be applied along the spine with the remainder over the tail and crutch area. 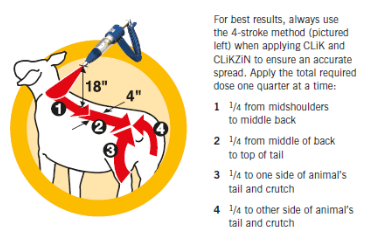 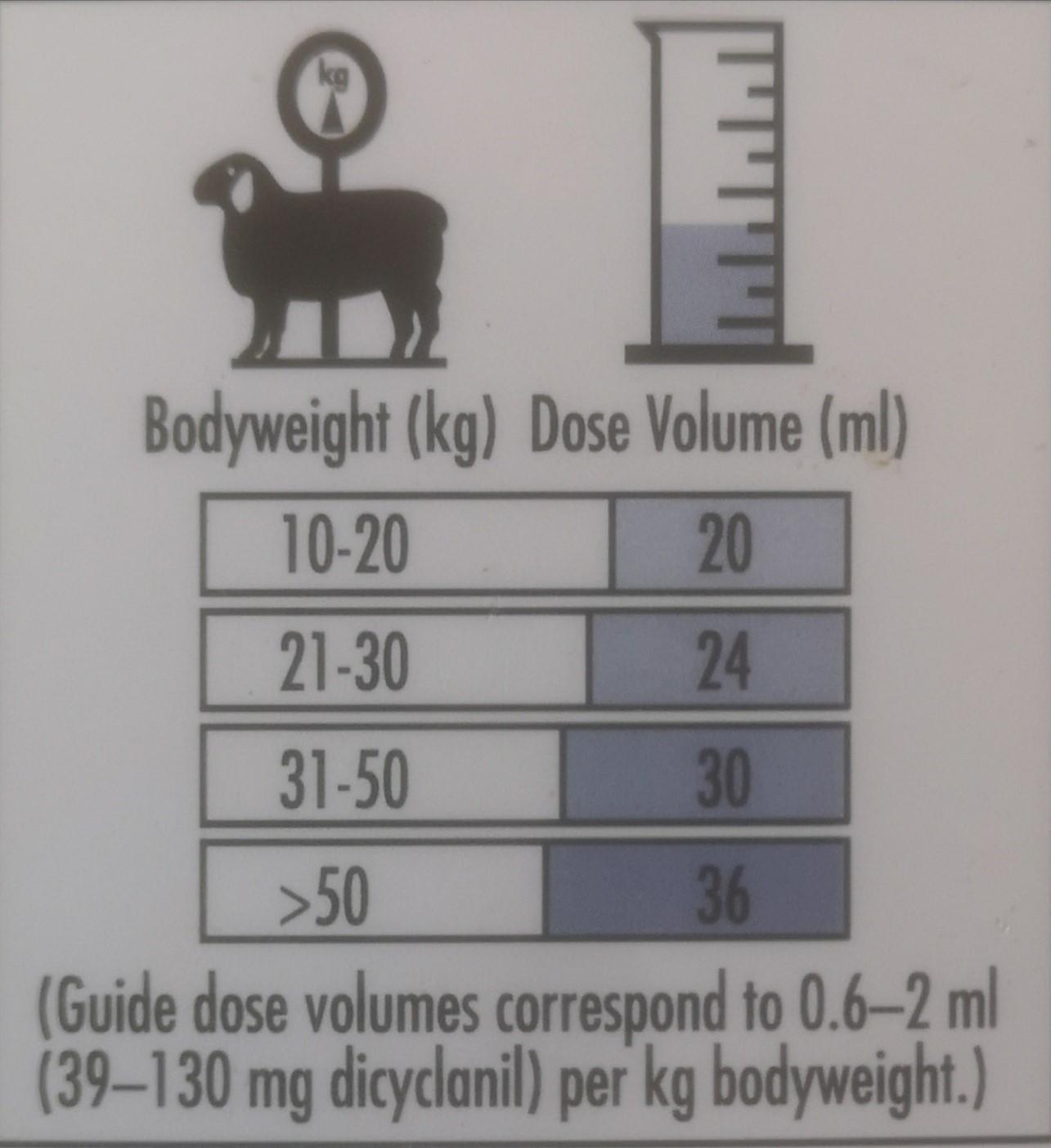